Silje approached me to develop the brand identity for her new company. She’ll be producing craft cider from apples grown at the farm that has been in her family for generations, with plans to expand into other produce in the future.

Before we dove into the visual branding, we worked on determining the best brand architecture and name for her biz, to make sure it would serve her well in the future too. The company’s official registered name was very descriptive, but only for one part of her business, and she really needed something her brand could grow into and that wouldn’t be limiting for her as her business evolved. After some deliberation, she landed on using the name of the farm – Strupstad – which ties in nicely with the logo icon that is actually a stylised detail from an old chair from the old farmhouse. Such a nice way to incorporate some history into the visual branding!

The logo combines a sleek monoline icon with a gorgeous classic serif typeface. It’s a clean take on tradition; minimal yet full of character.

Incorporating the pattern from the old farmhouse chair adds sentimental value and a personal flair. 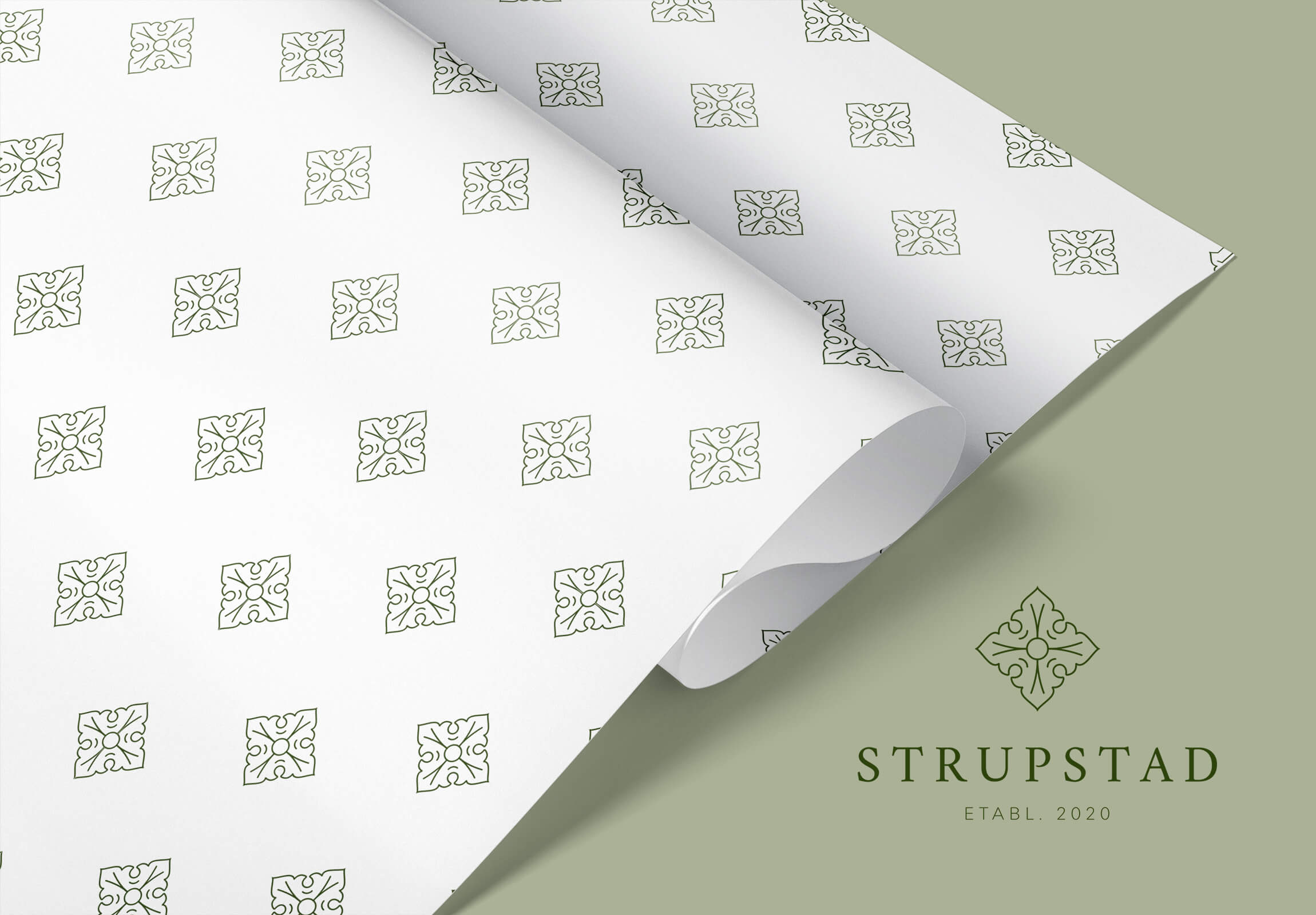 The icon was also turned into an elegant surface pattern, allowing for a subtle way of infusing the brand identity throughout.

The colour palette of earthy greens, blushing red and dusty pink adds warmth and places emphasis on the traditional craftsmanship on which Silje is basing her brand. 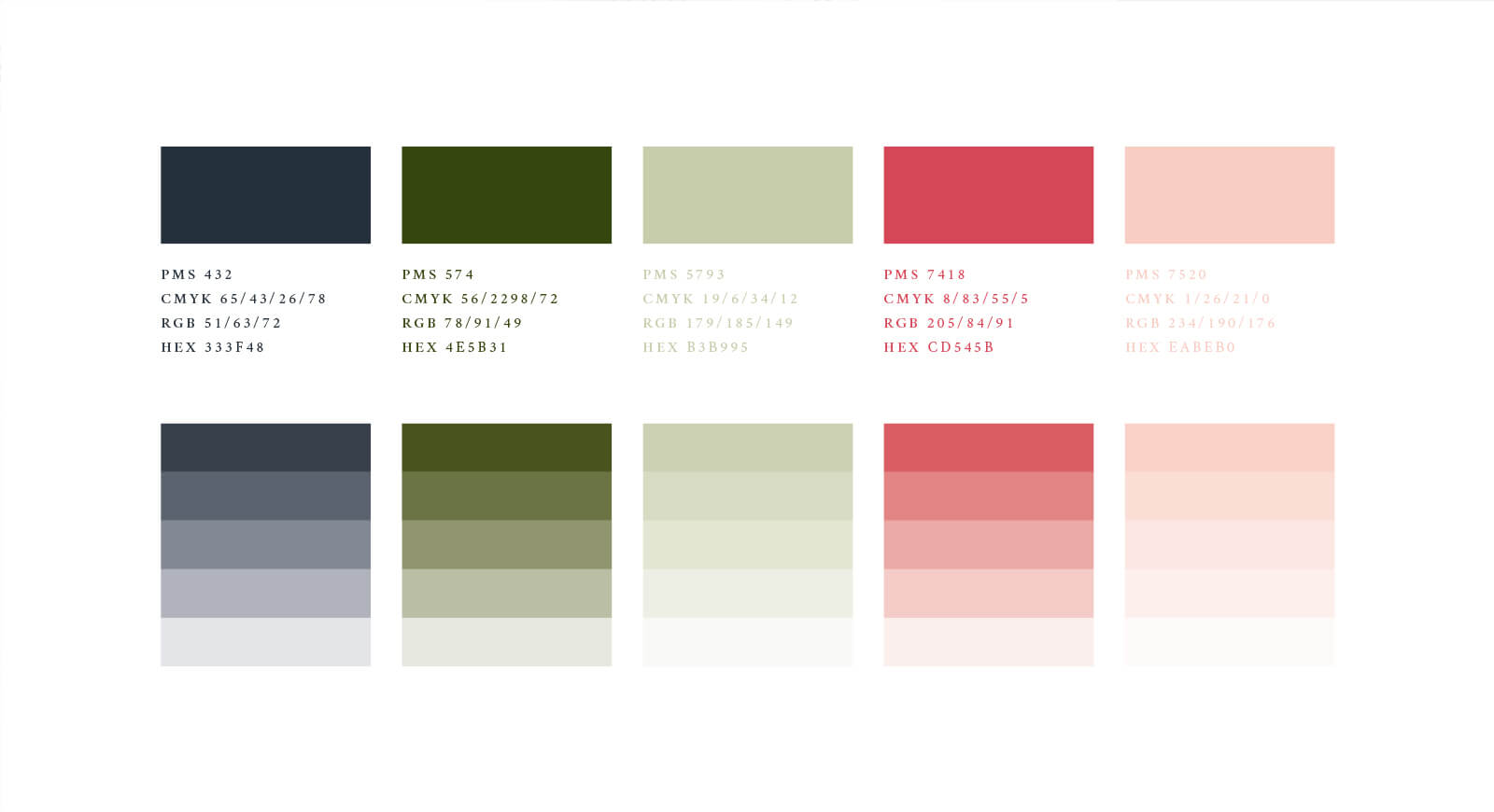 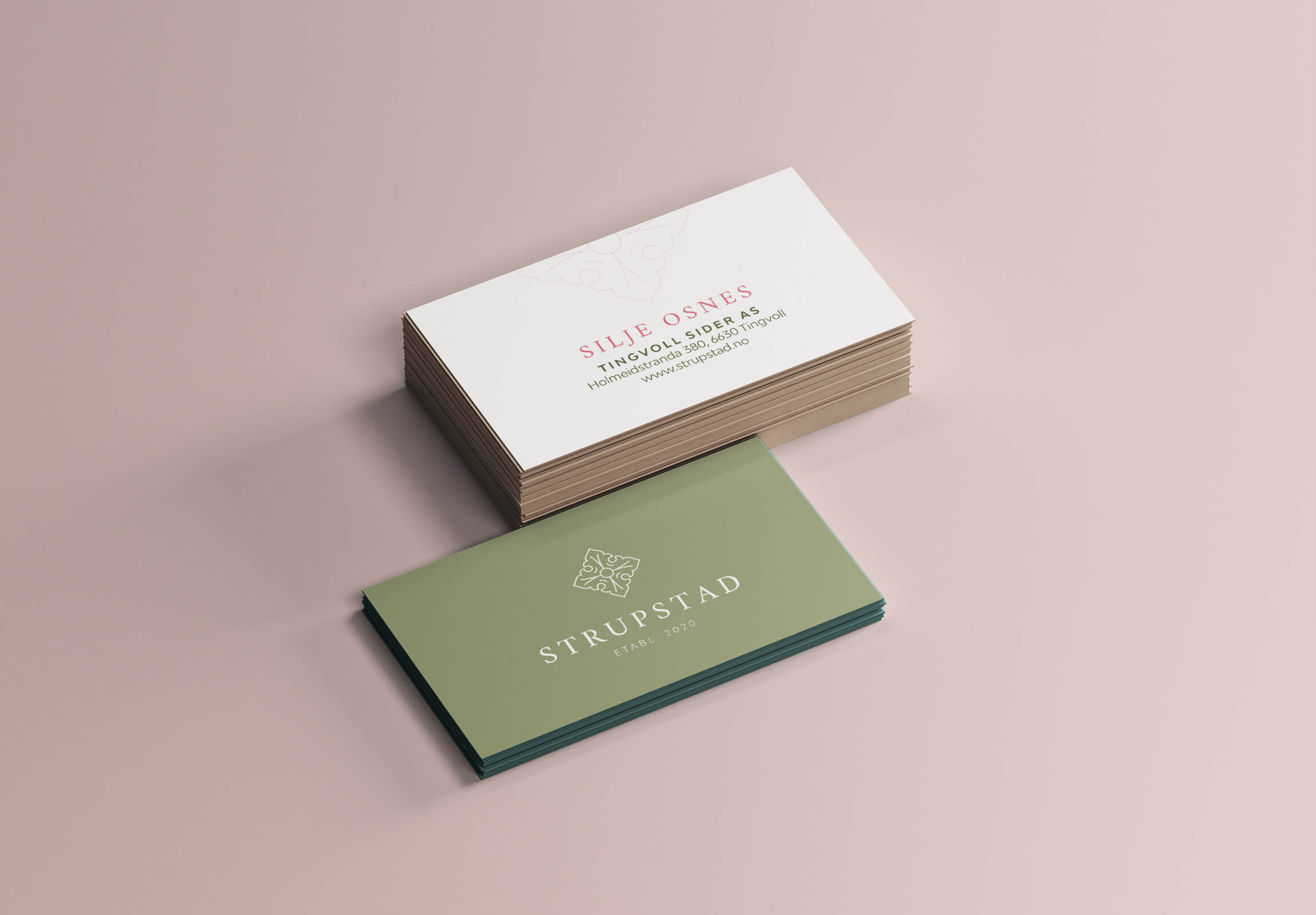 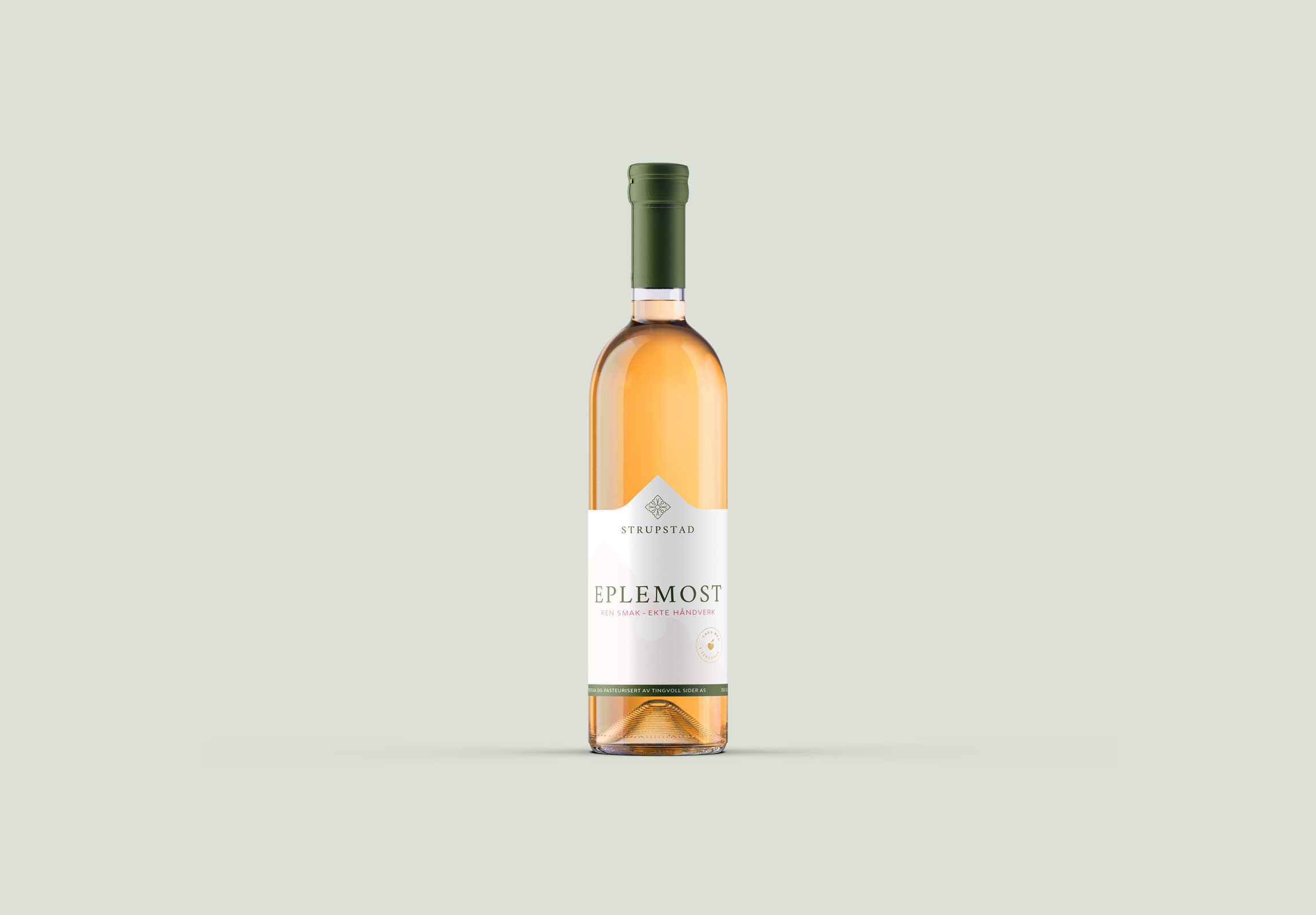 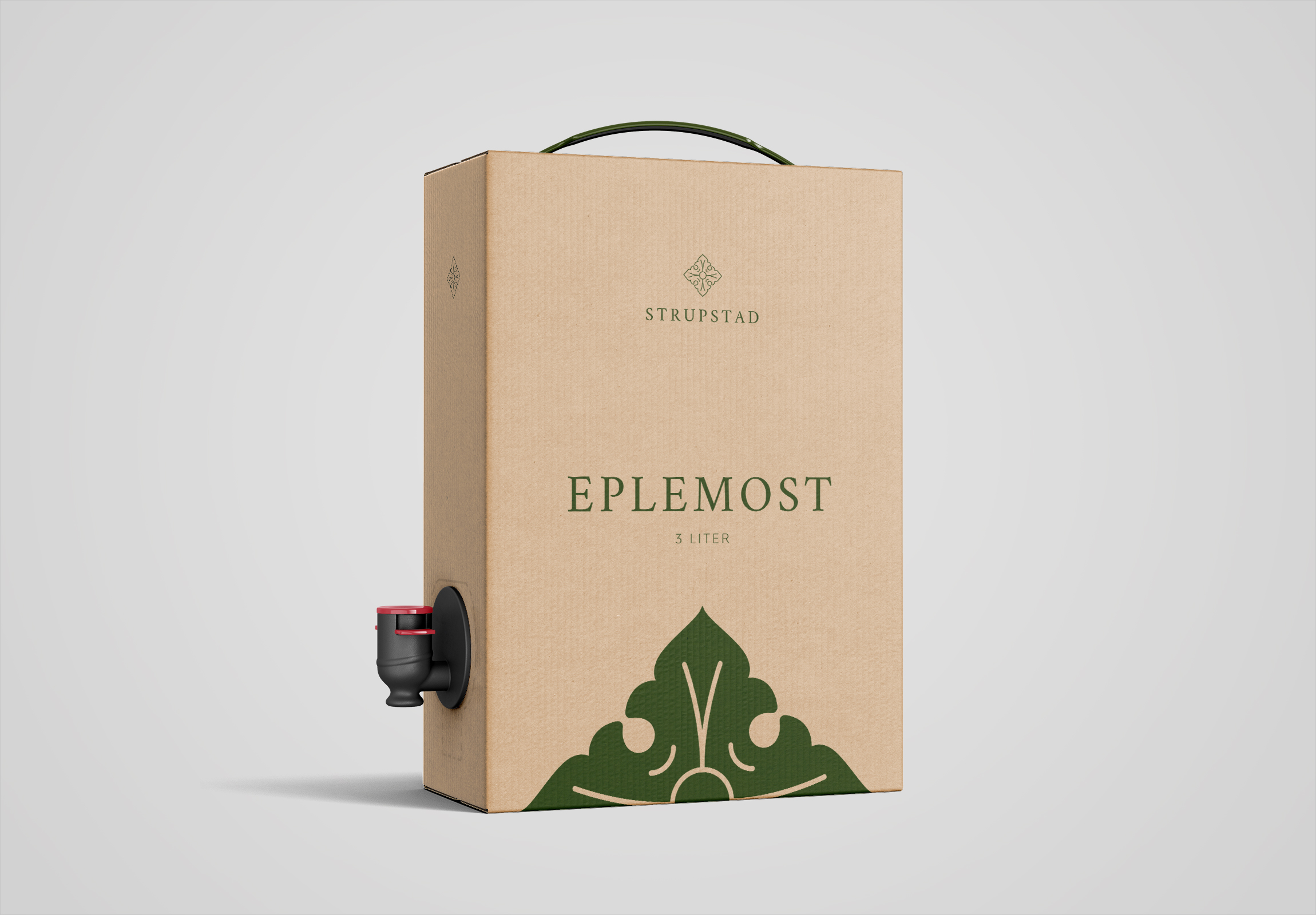 A lasting impression begins with a powerful and strategic visual brand identity. I'd love to help you build a brand that truly represents what you stand for and the vision you have for your business – and the world. When you work with me, you'll get a gorgeous visual brand identity that communicates the essence of your brand and helps you attract + connect with your dream clients.

Book a free discovery call to discuss your options over a virtual cuppa.

Let's have a chat!